This morning Small Child couldn’t decide what he wanted for breakfast.  After going through the various options he said he wanted cereal, or toast, or both, and an apple… This set the theme for a piggy breakfast for my little piglet!  As it was the weekend I didn’t mind spending a little more time on producing a ‘cute’ breakfast.

He started with a small bowl of ‘strawberry cereal’ or granola, as it’s known to the rest of the world.  I topped it with a little piggy edible cupcake topper.  He didn’t want milk on it, so had a cup of milk on the side (not shown)

After that he had some piggy toast (made using the cuteZcute cutter) with honey and strawberry jam. I also added a couple of sprinkles to highlight the features.  I made a piggy apple to complete the ‘3 little pigs’ plate, cutting the features from sliced apple with the same cutter.

After all that he was ‘still hungry’ so had a yoghurt to finish (not shown). Lets hope he has room for lunch later!

Search for a recipe or tutorial 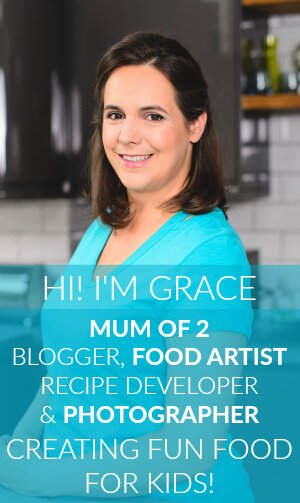 The Eats Amazing online shop is still OPEN! Subject to Post Office opening, orders will be dispatched once a week. Dismiss